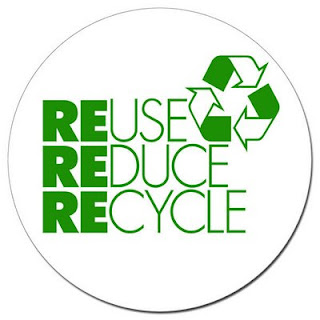 Here is your history lesson for today.
Like me, you may have wondered who was responsible for establishing Earth Day.
I did a little research on Goggle & found this article about Gaylord Nelson.
The History of Earth Day
Gaylord Nelson, the man whose work resulted in the creation of Earth Day—an international holiday. Imagine a world without trees. What if the rain forests, and all of the exotic plants and colorful animals that call it home, suddenly did not exist?
In 1962, Gaylord Nelson decided something needed to be done to protect the environment. The work that he began led to what we now know as Earth Day. Nelson realized very few people were concerned about environmental problems like deforestation, the destruction of trees."For several years, it has been troubling me," Nelson wrote in a 1962 article, "that the state of the environment is simply a non-issue in the politics of our country."
Nelson then headed to Washington, D.C., where he hoped to convince President John F. Kennedy to take a stand on environmental issues. Nelson first met with Attorney General Robert Kennedy, who agreed that it was an important issue. It wasn't long before President Kennedy heard Nelson's concerns and agreed that action should be taken.The President set out on a five-day, 11-state conservation tour in September 1963. Although Kennedy's high-profile tour was not a success, Nelson was not ready to give up. Nelson continued to speak to audiences across 25 states about the importance of the environment. Although his point of view began to catch on among most people, politicians still were not listening.
"The idea that became Earth Day," said Nelson, "occurred to me while on a conservation speaking tour out West in the summer of 1969."It was September of 1969, at a conference in Seattle, when Nelson announced that he would stage a nationwide grassroots demonstration on behalf of the environment the next spring. He invited everyone in the audience to attend.
On April 22, 1970, more than 20 million demonstrators and thousands of schools and local communities participated in Nelson's demonstration. The occasion made people sit up and pay attention to environmental issues. Word about the environment began to spread.
On March 21, 1971, the UN Secretary-General signed a proclamation establishing Earth Day as an official international holiday. Now people all over the world are learning about environmental issues in their communities.
Gaylord Nelson died on July 3, 2005, but his contributions will always be remembered as younger generations continue his fight to preserve the world's environment.
Posted by Carol at 12:20 AM

Happy Earth Day! Thank you for posting this info!!

Happy Earth Day!
I posted some interesting facts on my blog today too!
Saving the Earth is one of my greatest passions!

That was a very interesting read! Thanks for doing the research and sharing that!